Emre ASLAN, our second spotlight, comes from a city in southern Turkey called Tarsus. Although his background is in banking and business, he has a heart to serve and give back to the community.

Emre’s journey began just shortly after high school. While scrimmaging through his father’s belongings, he found some interesting history books on the bookshelf. For the first time, Emre says he paid attention to why his father had those items and had a long conversation with him about it. Soon after, Emre began to read more and develop an interest in history, which he says helped shape his perspective on business and life. He decided he wanted to devote his career to something that had a positive impact on the community.

After studying banking and finance at uni, he served a year in the military, which was mandatory and he served through very frigid conditions. He even recalled the weather being so cold, his soda froze while walking back to the barracks.

After serving his country, Emre returned home to help with the family-business. Soon after, Emre moved to Istanbul where he worked as a business analyst and project manager in a private bank for six years. But he was itching for something new, he was ready for change. Emre said no matter how much money or recognition gained, after a while you still don’t feel like you’ve made an impact, and that’s how he felt when working in banking. So he decided to study digital marketing here at Skema where he plans to combine the skills learned with his previous work experience and start his own company for certain groups of people, such as the disabled, old, or ex-convicts, who struggle to build their own business or penetrate the market. 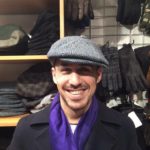 He says he chose to study in France because it’s important not only to learn in the market you want to work, but learn where it’s done best. What drew him to business instead of humanitarian or other fields of work is because business allows you to create concrete things for people. Though he wants to be an entrepreneur, he is not opposed to working for a company, but if he does that, it would need to be a small company he could help to build like a start-up. He is very practical and not a fan of the hierarchy of big businesses.

Aside from his career goals, Emre says he’s very outdoorsy and likes playing sports like soccer, bowling, snooker (it’s like pool) and even hiking from time to time. In his spare time, Emre tries to do community work outside of skema and one of his personal goals is to improve his French (which he says may take a couple of years since one needs to completely emerge themselves in the culture to truly learn).

Lastly, Emre says he may come off as serious, but he’s not. He’s just a jovial guy with a kind heart. 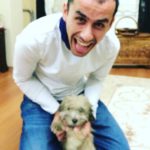 That wraps up our second spotlight. Thanks, Emre!