Our fourth spotlight, Margarita (Maggie for short) Tejeira de Barrois was born and raised in Panama with a fiery passion for her country. Maggie stated with pride that Panama is a small country, but has a big history and booming economy. She recalled its natural wonders such as the rain forests and beautiful beaches. One of Maggie’s favorite landmarks is the Panama Canal, seen as one of the greatest engineering marvels of the world.


But Maggie eventually made the decision to part ways from Panama to complete her studies at uni in South Carolina, USA. At the end of her freshman year, Maggie took a trip to California, which changed the trajectory of her career path forever 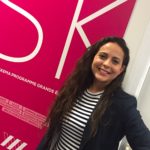 Maggie marks the beginning of her journey during a business trip she went on with her dad in San Francisco. While there, her dad met with a friend who has an expansive business of beauty parlors. The lady asked Maggie what she wanted to do, to which Maggie replied: study business administration. At the time, Maggie was an undecided major, but the lady’s response, ”that’s the name of the game” proved to be a sign for Maggie which stuck with her and solidified her decision to study business administration with a concentration in international business. Maggie’s interest in human behavior and possible HR career path led her to double major in business administration and psychology.

Shortly after undergrad, Maggie was optimistic about finding a job, but the challenges of entering the workforce in the 2009 US recession proved to be a bit harder than expected. After a 6-month search, Maggie settled with a job at a finance company. Maggie started as a secretary and was eventually promoted to the position of a training & development manager as well as an ambassador for the company. Maggie had a wide array of responsibilities including marketing tasks for the company’s TV/radio publicity and even creating ads for the company. 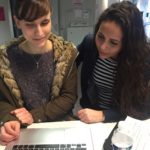 But, Maggie had a change of heart and returned to Panama. She landed a position with Chanel where she says she was able to really put her international business degree to use and dabble in a bit of digital marketing. She absolutely loved what she did and where she worked, but wanted to formalize her experience in a way that made her stand out from other applicants. Five years later, Maggie decided she wanted to specialize in digital marketing. France was Maggie’s preferred country of study where she could improve her French, which brought her to Skema.

After Skema, Maggie hopes to work in either the luxury, cosmetic, tourism or sports industry as long as she can stay in France to master the language and way of living. A corporate and established company is preferred, that has global operations. Long term, Maggie is interested in working for a multinational company, starting from the bottom where she’s either holding a top management of marketing position or consulting for her own business in the field of e commerce.

Aside from Maggie’s ambitions, she enjoys many pastimes outside of Skema. This includes being in nature, exploring the countryside and horseback riding (her horse’s name is Vino Tinto which means ‘red wine’ in Spanish and featured in the drawing below). 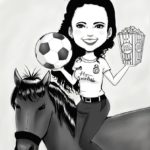 Drawing by a friend of Maggie

She loves to play soccer (and even plays with a team back in Panama with her husband). In fact, her passion for soccer enabled Maggie to work part time as a radio show sports commentator and cover the the America Cup 2011 in Argentina!

Otherwise, Maggie is enjoying the European experience, improving her fluency in French and has added Portuguese and Italian to her list of languages to learn.
One thing is for sure, Maggie has much to offer, and even more to write about, but I will stop here haha thanks again, Maggie!