Yukari, could you tell us a little bit about yourself? 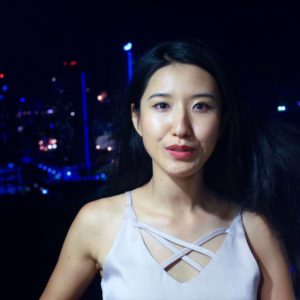 I’m from Japan, I grew up in a quiet neighborhood of the Tokyo metropolitan area. In my free time, I love watching movies and especially documentaries, reading, doing sports like swimming, jogging or yoga and above all, I love travelling! Before coming to SKEMA, I studied fine arts and then I worked for a few years.

Did you work in digital marketing?

No, after I finished my bachelor in Japan, I started my career as a school teacher at a local school for the blind and handicapped. However, while working as a teacher, I couldn’t give up my old dream to study abroad, so I joined Self-Air-Self Defence-Force (JASDF) for two years to make a quick money to pay for my study.

That’s sounds exciting! What did you do there?

I was chosen to be a computer network inspector at a cyber security unit and served for two years. What did I do exactly? Well, that’s confidential!

What was your next destination?

I stayed in Ireland for a year, I spent 6 months in a small coast town in Ireland called Bray to learn English and while I was there I did a communication internship at a local history and art museum. Then I stayed for 6 months in Dublin. Then I returned to Tokyo and while I was working at a relocation service company as an account manager, I got a job in the Netherlands where I worked for the next two years again as an account manager for Japanese companies. 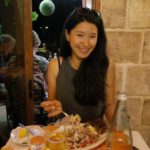 Well, at first, the idea was to go abroad only in order to improve my English cause I was really embarrassed about it. I wasn’t planning on staying and working abroad for such a long time. But then I realized I wasn’t likely to become a housewife (which I thought I would by the age of 24), I’d already messed up my career too much, and I also became more ambitious so I decided to get a degree in digital marketing which would hopefully allow me to reach exciting job opportunities.

Why did you choose SKEMA?

A 1-year Master’s degree is rare in Asia and in other parts of the world and SKEMA and especially its digital marketing degree had a good reputation among French people that I met in Ireland, Japan and the Netherlands. I spent 8 months at the Sophia Antipolis campus in the south of France and since I’d done a non-business degree before, it was very different for me. Studying at SKEMA was so useful for being able to work in a business environment. Before that, it took me six years to use correctly the term “B2B”! I also started learning French but my level is pretty low so I don’t intend to use it at work.

During the MSc, was there any subject related to what you do now?

I’m working as a campaign manager at Taboola which is a high-tech company from Israel. The most useful subjects that I had at SKEMA were those related to SEM and SEO optimisation, Google Analytics or DSP (Demand Side Platform). The subjects were general but it gave me an idea of what the trends in this industry are and it was enough to land my first job in digital marketing. 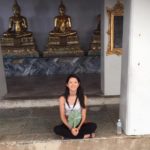 When did you start looking for a job?

I started in February. I used Linkedin, Indeed and any recruitment websites I could find. I sent out about 30 applications, got interviews with 10 companies and  finally got three offers from Hong Kong, Malaysia and Thailand by the end of April. My priority was definitely the position itself, as it was supposed to be my first experience in the digital marketing industry, I really needed to be sure that it would be a good opportunity to learn. I was also looking at the perspectives after a few years at this position. Finally, I took into consideration the location and salary in order to choose between those three offers.

What was the recruitment process like? How did you prepare for it?

For my resume, I used a template from the Knowledge platform that we have access to thanks to SKEMA. I also asked my friends and professional writers for some feedback on my resume and cover letter. And even during the recruitment process, I learned quite a lot about myself. Especially when companies made me do a personality or an ability test, it helped me realize what I could and couldn’t do.

What was the most curious question that you’ve been asked?

Once, they presented me with the following situation: “5 years ago, you were working under the mayor of Bangkok and there was a flood. What would you to prevent the flood from happening again?” The question was so unexpected because it was nothing related to the position I was applying for – contents marketing position at a travel e-commerce company!

Have you been rejected for any ridiculous reason?

There is a law in Thailand that protects foreigners’ working conditions by imposing minimum wage. The company couldn’t pay for me so they hired a local candidate who would be cheaper. This is a common practice in Southeast Asia. The funny thing is that after moving to Thailand, I joined a meeting with Japanese expats. No one was supposed to know me but there were actually three people who did – two interviewers from companies that rejected me and one person from a recruitment agency that helped me with those applications. It was embarrassing! 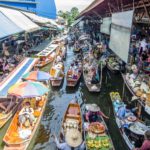 Tell us about your current job.

I’m a media account manager for Japan in Taboola in Bangkok. I got introduced to the company thanks to a recruitment agency in Bangkok. First, I had an interview with HR and then 4 interviews over the phone in two days in a row. The process took only three days but I had to wait two weeks for the result.

I set up and optimize digital marketing campaigns for our Japanese clients in Japan. I work from 9AM to 6PM and I mostly spend the morning replying to emails and then in the afternoon, I have meetings, trainings and I work on the campaigns.

What skills do you need to do this kind of job?

You definitely need to be attentive to details, be able to analyze data and use PowerPoint and Excel. I got a 1-week training in the headquarters in New York and we also have a tutor system.

They’re all young professionals, I think the average is about 30 years old, including my boss. People at senior positions have from 5 to 10 years experience mostly in big tech companies such as Microsoft or Facebook. We are about sixty so it’s easy to communicate with each other. We talk in English but I use Japanese with my Japanese clients. The company culture is great. The dress code is very casual, some people even put on aloha shirts. Breakfast and lunch are offered by the company and we can also play table tennis and enjoy free drinks! I’m really glad to be here by which I mean in this company, in this job and in Bangkok and I’m excited to learn new things every day!

Why did you choose Bangkok?

I planned it with my boyfriend. I had never been here before but I heard a lot of good things. When we moved here, we spent the first week in a hotel and then we looked for an apartment with a few agencies. Now we live in an apartment on the 21st floor, with internet, sauna, swimming pool, gym and good security. Everything is much cheaper here compared to France – housing, taxi, local food… For instance, a 30-minute taxi ride costs 3 euro and you can get a modern 25-square meter apartment for 250 euros. 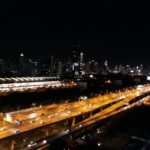 The quality of life. Also, the culture is lovely. It’s interesting to see the differences here – chaos and poverty but at the same time modern buildings. Bangkok is a great location to visit the rest of Southeast Asia. There is a huge Japanese community here and I work with four French and four Japanese employees. French people are everywhere! It reminds me of my studies at SKEMA.