Our third spotlight, Yunfei (pronounced oon-fAY) ZENG, was born and raised in the capital of Central China’s Hubei province, also known as Wuhan. His story is short, but sweet. 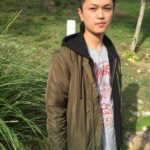 Yunfei’s passion for fashion was sparked by the Japanese manga series, Dragon Ball. As an elementary student, he was a huge fan. One day, he decided to design clothes out of newspaper that resembled the characters of the show for his friends, and they loved it!

He followed his passion all the way through college where he majored in fashion design at one of China’s top 5 colleges for his degree, Hubei Institute of Fine Arts. It wasn’t long before he decided to start a career of his own. In his third year, he launched a business called Delectation. Yunfe says his fashion line doesn’t have a set “look”, but he credits its main influencers to be US brands such as Supreme, US artists such as Kanye West and A$AP Rocky, and US films such as Back to the Future.

But, as a new businessman, he was beginning to run into problems he couldn’t resolve himself and realized that liking and creating fashion wasn’t enough to run a business. He decided it was time to invest in learning the business side of running a company. With the help of an agency in China, Yunfei was able to narrow down his selection to three different schools, and eventually chose Skema. Since his company is mainly online, a digital marketing degree was the most logical option.

He doesn’t have plans for an internship at the moment, but says he has no desire to intern for a business when he has his own. And after graduation, he hopes to return to China because it’s easier to penetrate the market and there’s little competition. Ultimately, his goal is to create “fresh” and affordable clothing for millennials. 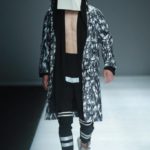 Outside of work and school, Yunfei says he likes to travel and has been to the Netherlands, Spain, Italy, and many Asian countries. He also enjoys working out and lifting weights.

Yunfei says he lives by the words: No plans? Just do it! (like Nike).
Well, that wraps up our third spotlight, thanks Yunfei!